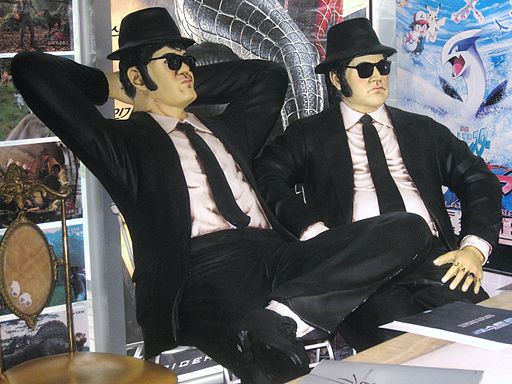 You might be tempted to nibble on dry white toast or order four fried chickens this Thursday at Nicky’s of Beverly. That’s because our Vinyl Thursday is dedicated to The Blues Brothers! DJ John from Beverly Records will play music from the movie soundtrack, as well as hits from Ray Charles, Aretha Franklin, James Brown, Cab Calloway, John Lee Hooker, and Save & Dave.

Between songs, DJ John will tell stories about the music behind the 1980 cult film that starred Dan Aykryod and John Belushi. The actors founded the band by the same name as part of a comedy sketch on Saturday Night Live in the late 1970s.

Beverly Records will donate all tips to St. Barnabas School, and Nicky’s of Beverly will donate 15% of food & alcohol sales. The donations will go toward expenses for finishing St. Barnabas’ school renovation and expansion. Thank you for your support!

We are closed on the following:

Developed by The Argus Internet Company